The first beer for the clan was brewed by Gatsby in spring 2020. A Stout. "The darkest Night". It went so well that Gatsby decided to brew a pale ale for the 3rd clan meeting. T75 was so excited about the idea of brewing beer, that he decided to start brewing too. So what could be more obvious than Gatsby and T75 brew a beer together? Odin was brought in as a Buddy. Clan Beer Nr3 was brewed and The Clan Brew was born. Once a year they meet for a big brew. 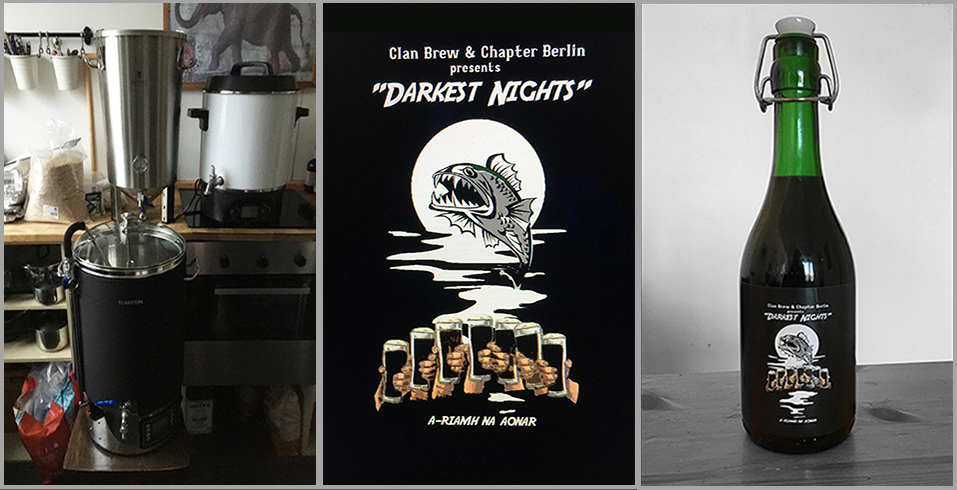 The 2nd beer for the clan was brewed by Gatsby in August 2020, for the third Clan Meeting. "Kick Ass Summer Ale" A Pale Ale. 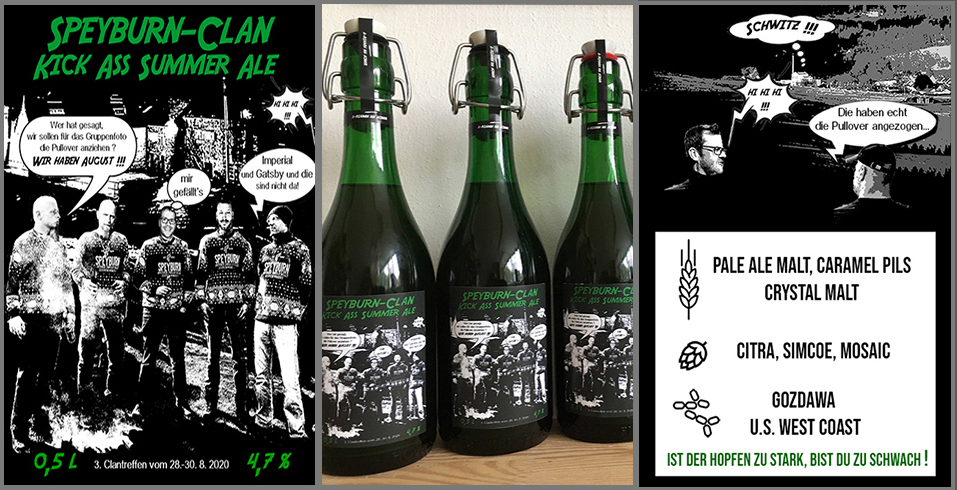 For the third beer Gatsby drove with his equipment from Berlin to the Eifel to T75. Odin came from the Lower Rhine. 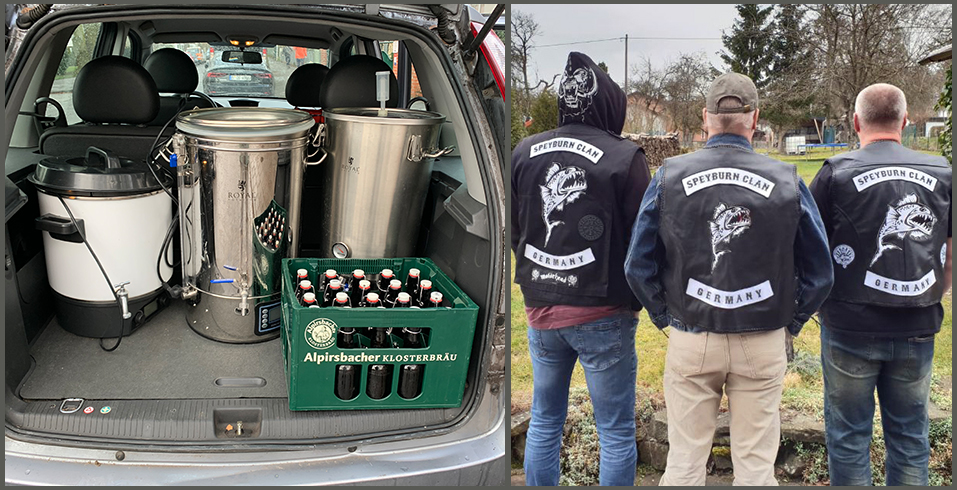 The third beer for the clan and the first from The Clan Brew was brewed in March 2020, for the 4. Clan Meeting. "Fuckin' Irish Red" A Red Ale. 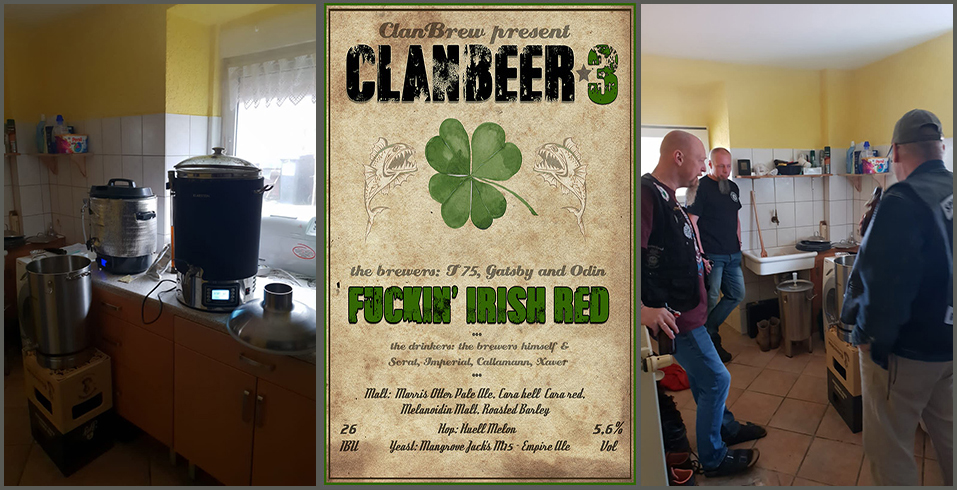 ...and the next Brewing Day is coming